This is an album released last year, but which I didn’t write about on this blog. So here’s a belated bit about it.

Like much of my recent work, A FIDS MONITOR is based on sonification of data. This is economic and geophysical data that measure the state of the world: time-series datasets of global temperature, greenhouse gases, polar ice extent, bitcoin and the UK economy. Using Mathematica I transformed the data into MIDI files, applying various mappings between the numeric values and MIDI note pitch, volume and timing. These were often basic mappings, where greater values map to louder volume and/or higher pitch.

In generative music, the mapping or translation between data and sound is arbitrary in the sense that there’s not one particular setup that is ‘correct’ or ‘truthful’. But the choice of mapping determines which features of the data are audible and how they are heard, e.g. its structure, its range of values and its rate of change. This makes it an aesthetic relationship as well as generative (computational/procedural/productive/creative). These particular datasets don’t have a naturally musical structure, so it’s a challenge to make something musical with it, but I like to work this way, using constraints as a creative spur. It’s an approach I’ve grown into, mostly by not being able to afford much gear, partly through evolving taste/style, and it’s been developed by participating in the Disquiet Junto which sets a weekly task to make music under specific guidelines. In this case, the rules were:

I arranged the MIDI files in Reaper. Most of the sounds are made with Razor – the VSTi synth designed by Errorsmith and Native Instruments, XILS3 – a VCS3 emulator, and Sforzando sample player with the Fluid R3 General MIDI sound font. Using Reaper’s parameter routing capability, I set up connections between the MIDI data and the synths so they interacted and created more variety within the constraints of the simple MIDI input. In this way, as processes become non-linear, the sounds become more complex.

Making the tracks just seemed to flow for once, and I didn’t tinker endlessly with each one. I’m quite pleased with how it turned out. Below are some details about the music and the data, with some charts to show the structure of the datasets. I hope it adds to the listening experience.

These two datasets represent global warming. Track 1 uses monthly readings and starts from 1880, when NASA started measuring, so both datasets are present throughout. The GISTEMP dataset is played with sample-based percussion and HAadCRUT4 with a synthesized pitched sound. The increase in temperature over time is only really audible in the synth that rises in pitch. Track 2 is similar but uses annual averages instead of monthly, so there’s fewer data points / musical events. Track 3 uses the whole of both datasets, so you first hear the HadCRUT dataset before GISTEMP joins in. Track 4 uses only the Met Office data.

The deficit is the difference between money raised and spent by the government. Track 5 is made with two copies of a MIDI file played in sync. One plays a synth bass and the other General MIDI percussion. The sonification works well here, highlighting the annual cycle in the quarterly data from the 1940s to the 1960s, where one quarter with a small surplus at the start of each new budget is followed by three quarters with a small deficit. Then it becomes more unstable and the government accounts go further into the red.

The balance of payments measures the inward and outward transactions of the residents of a country (in this case, the UK) and the rest of the world. The current account is the national net income – how much money the country has. The capital account balance consists of capital transfers and trading of land and natural resources. Added together, they show whether a country is a lender (in surplus) or borrower (in deficit) to the rest of the world. Track 6 interleaves the datasets, with the capital account data (bass sound) half a beat behind the current account data (drum sound, a modified version of Errorsmith’s excellent ‘Kick to Tom’ preset in Razor). 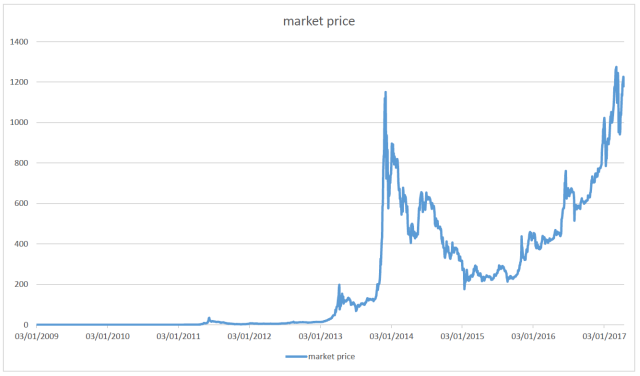 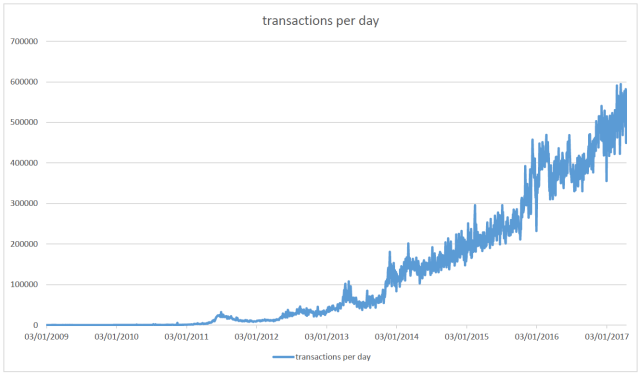 All three datasets are used in each of tracks 8, 9 and 10, but each uses different instruments and different parameter modulation setups.

This polar ice extent data shows the annual cycle of increase and decrease, and how the polar cycles are 180° out of phase with each other. It also shows how much the northern ice caps are melting. Tracks 11, 12 and 13 all use both datasets. Each track uses different sounds, but within them both MIDI files use the same sound. In each track the north can be heard on the left and south on the right. The image at the top of this post is based on the difference in northern ice extent from the monthly average.

These are measurements of the two main greenhouse gases, carbon dioxide (CO2) and methane (CH4). The datasets include the time of day at which the readings were taken. I used this in the music to set note duration. You can hear this in the irregular timings of the kick drum in track 14, which uses just a 3-year span of data. The data clearly includes anomalous readings – the visible outliers on the charts. I included these anomalies in the translation into MIDI files. You can hear them clearly in track 15, which only uses the CH4 data, and where the timing is also based on the same method as before. Track 16 uses both datasets in full, with the same anomalies and the same mapping/timing method. In this, the longest and final track, the rising CO2 levels are audible in the rising pitch of the synth sound.